Forge makes scrapping your back-end code worth it – full stop. We’ve all been there. We have built apps, add-ons, extensions, integrations, and dug into coding, and all have a story or two. Toiling away in dark screen mode into the wee hours, we’ve pushed ourselves beyond what is humanly possible to meet a deliverable deadline. We all like to have our caffeinated beverage of choice faintly illuminated by the low glow of our laptops, Documentation? Meh. Commenting on the code? Maybe – or more like, “Maybe I’ll come back to that later.” And then it’s demo day or some such event where whatever you and your team meticulously built is shot down by the paying client. Naturally, the account manager – your co-worker – throws your development team under the bus. That person, typically in sales, starts defending themselves by accusing the requirements team of “getting it wrong.” The next step? Scrap the code. Restart. Reboot. And throw it. All. Out. Start over with a better, more robust, clearer set of features that have been reprioritized. Of course, they’ve graciously allocated one additional sprint to get it all done.

/** * This feature does jack for the user but the client likes it * Why doesn’t anyone tell the client how dumb this is?

Scrapping code to redo it in Forge makes sense

Thankfully, the above is not a scenario developers find them in more than once. Maybe twice. If it’s a recurring theme, it’s a sign from the ether that it’s time to work for a company that better manages its clients’ expectations. You can also hope that your employer improves how they collect user requirements and plan the development effort. But there is a new scenario that will start getting some airtime on Quora, Reddit, Discord, StackOverflow, and the other social sites. That scenario is scrapping your production code because there’s a better way to do it. Specifically, developing it on Atlassian Forge. Now you’re probably thinking, why would I do that? As a developer, you’re a little sensitive (arguably, some of us are overly sensitive) about the code we toiled over. Flushing it generally seems like a no-good, terrible, horrible idea. On the flip side, as a client, you’re not thinking about the idea of doing so within the context of being wrong. All that you see are $$$$$$ flashing through your mind.

Why dumping production code could be a best practice

Scrapping your production code has implications. Your client or their customers will be less than thrilled to hear about a delayed release. Executives will be huffing and puffing about all the added costs. The marketing team will be getting all hot and bothered spinning about why the delayed release is a good thing. And they’ll be doing that even before the software engineering team has been notified about the change of plans. None of these are comforting scenarios. But this is the part where your head may explode. Forge makes it worth scrapping your production code at the 11th hour in the home stretch of your last sprint. Truth. It sounds incredulous, and it may be a head-scratcher, but here’s its justification. Forge makes app development so fast that you can almost catch up on time and sink into the back-end code that you scrapped. Okay, not exactly, but the speed factor is significant enough to make you think that you have a chance to do so. Forge truly lives up to the hype and holds its own as a next-gen platform for cloud app development. The team at Atlassian said so themselves, “We’ve chosen to build an industry-leading hosted compute platform that makes it easy for developers to build secure, reliable, and scalable apps.’

If you’re deploying your source code into Kubernetes, Forge automates doing so for you – and that’s a huge time-saving. No need for you to tag, then push the image into a registry and update the Kubernetes manifest. With Forge, that all magically happens without you needing to write a single line of code. Say that you want to test a code change before committing it – no problem. Forge lets you run without a commit because all the action happens client-side, which is within your control. Complexity has been dramatically reduced by having a lot of basic functionality standardized and made available as a service to developers. Streamlining where to find the services you need for your workflows in one place, all securely presented and maintained from the same cloud, has an incredible impact. Security, uptime reliability, and performance overall are greatly enhanced. Back to that documentation thing: many developers have acquired infamous reputations for skipping out on commenting on their code. But we all know that it’s an essential best practice of software engineering.

To document … or not … that is the question

Developers that fall into this category of “anti-documenters” – you know who you are – will be waving pom-poms when you see how Atlassian Forge has already done so much of the documentation for you. Plus, they’ve added a command-line interface making it the closest to Plug’n’Play that anyone has ever achieved with a back-end development platform. Atlassian’s DevOps Toolchain is pretty sweet when offering up some easy-to-use building blocks for testing, debugging, logging, and deploying whatever you coded. Another generally unappealing topic for developers, on par with documentation, is compliance. GDPR compliance is thwarting startup innovation. As a necessary evil, it cannot be overlooked with any implementation. Forge sets up a development environment that is already compliant with GDPR and SOC2. If you get any pushback about scrapping your production code at the 11th hour, tell your compliance officer or general counsel that you’re rebuilding an environment that ensures adherence to GDPR standards. You should expect nods of approval and smiles to go ahead and rebuild. We’re in the camp of developers waving our pom-poms at how much faster, more secure, scalable, and compliant Forge makes app development. Clients are happy, too, because they can see and measure the reduced costs and time associated with that accelerated development. So, if you’re considering scrapping your back-end production code, do it! Do it without fear and confidence, knowing that rebuilding it on Forge will be worth it. 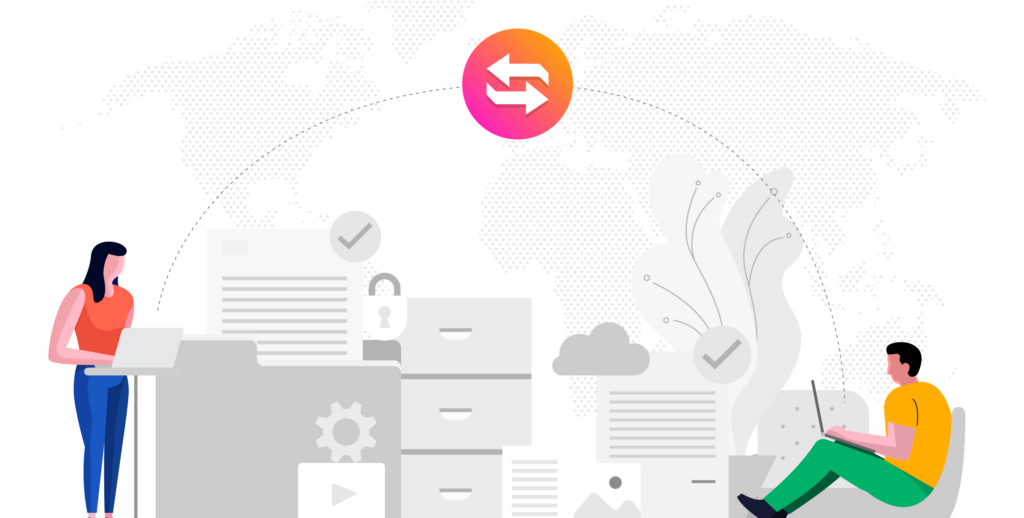